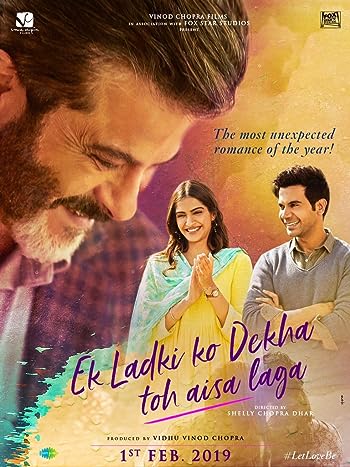 Ek Ladki Ko Dekha Toh Aisa Laga is a movie starring Sonam Kapoor, Anil Kapoor, and Rajkummar Rao. The film tells the story of Sweety Chaudhary, a closeted lesbian, and her attempts to come out to her conservative and traditional...